When I’m interacting with classmates in my MBA program, especially when I’m meeting someone new, I am often asked “what is your concentration?”  Many people answer that they are pursuing the finance track, or economics, or perhaps operations.  I say that I am pursuing the management and leadership concentrations (they are two separate ones).

I have to admit that I always feel a bit like an underachiever when I answer that way.  Like back in my undergrad days when I said I was majoring in History.  There was always this dangling question of “oh, and what is your “real” major?”  Now it’s as if learning about management is some kind of fall-back or perhaps even illegitimate field of study for someone getting an MBA.

Part of this is because I am in fact not very good at finance or economics, though I’m deeply interested in both.  I would love to be able to gauge beta and risk and how to create arbitrage scenarios while managing a hedge fund, or spend my day (seriously – my entire day) looking at how macro-economic policies shift our currency trends and overall national conditions.

But, those aren’t my strengths.  I’m not sure I’m a great leader or manager so maybe my strengths aren’t there, either, but “running things” is something I’ve generally been good at since I was in high school.  Allocating resources, creative problem-solving, working with others – that’s just breathing to me, most of the time.  In the end, it may turn out I’m a management asthmatic, but for now I feel it’s what I’m good at, and it’s what I am pursuing.

But it is kind of weird to say that I’m studying how to be better at management.  Too broad or something.

iStock: What do you want from me???

I recently applied to istock, which is an online stock photography service.  The idea is that all these photographers submit images, which advertisers, graphic artists, etc can then purchase and use according to your licensing.  It has proven quite the revenue stream in the past for many photographers.  I have no illusions that I’ll make as much off it annually as I do with wedding photography, nor do I expect to make much of it anytime soon.  But it’s worth getting my work out there.

You have to apply, though, and submit some work to qualify for it.  So you read all these things, then do a quiz – perfectly fine, as I should understand their guidelines.  Then I submit three samples.

My first three were apparently too similar in theme.  Two of them were the following: 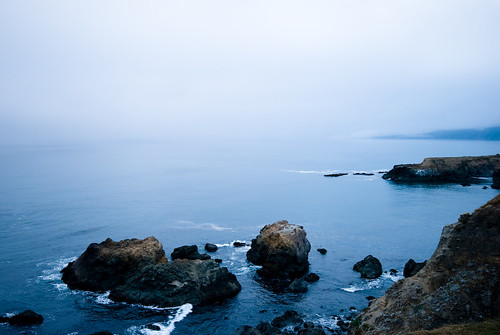 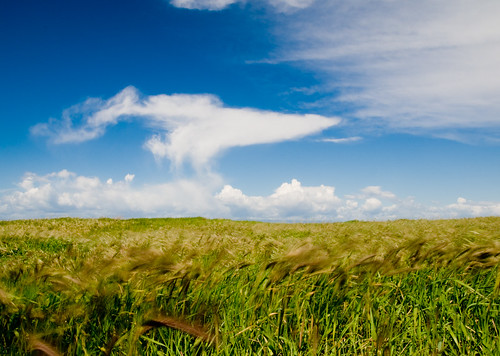 So, I tried again.  I figured if they didn’t complain about the quality, just the thematic similarity, then perhaps I should show off something different.  So I submitted the following: 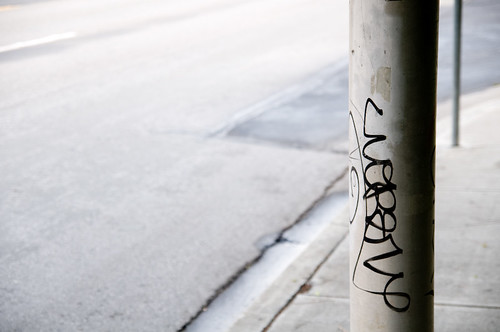 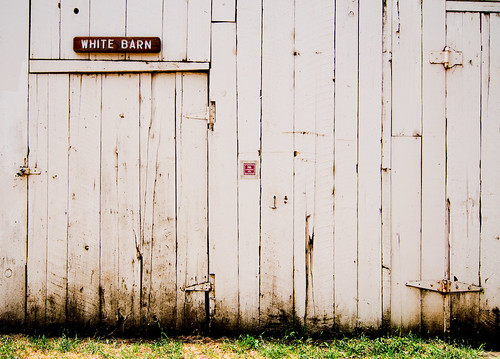 And now…apparently my photos are not up to their quality standards.

Ugh.  I’ve now asked them whether they want me to send something in between or what.

Let me preface this a bit – I work at a law school.  Unlike most other groups at a university, where the laptop ownership rate might be very high but the “actually carry laptop to class” rate might be quite a bit lower, just about every law student owns a laptop, and uses it in class.

Also, first year classes (1L) are almost always large, lecture-style sessions.  Even the faculty that are most steeped in the socratic method, calling out students randomly, can ask any one student a question only so often when there might be 80 students in a room (that’s about what our 1L classes are like).  So a student has to know his or her stuff, but the opportunity to drift off now and then over a 1.5 hour class is non-trivial.

Therefore, the question of laptops in classrooms is rather magnified for law classes, and is a touchy subject at times with law faculty.  Basically, the concern is that students are surfing the web and, depending on how broad one wishes to draw the lines, simply tempted to distraction via the web.  The temptation alone is too much.  There has been much subjective opinion that generally argues that laptops and web access is bad.  There has been a bit of anecdotal commentary about how laptops might be better than they are worse.  And there have been two recent articles about how, at the least, the advantages outweigh the disadvantages.  You’ll find my blog entries with links to the articles here and here.

Many faculty at several law schools have asked their respective technology groups about blocking internet access during class.  The gist is that it’s controversial.

Yesterday, a 1L came to me with a rather interesting idea.  Basically, some way of either blocking internet access during class via a “blacklist”-style system based on who is enrolled in what class and when that class meets or allowing access but monitoring what students are doing.

END_OF_DOCUMENT_TOKEN_TO_BE_REPLACED

This is a general rant based on a conversation where, to be honest, I was a jerk because I took the below comments too far.  But having said that…

Finally, if someone wants to make a flippant, random complaint about something and specifically not want any response, they should tell me so.  I’m allowed to my opinions and to state them unless I’m told to keep my mouth shut.

This has nothing to do with work, by the way, lest someone from SCU be reading this…

Quick thoughts on my new drobo:

This last bit is extremely frustrating.  To find this information, you have to really dig around on the drobo site.  I would link to the knowledge base article except that their site is not designed that way – for direct linking.  I had to dig around as it was to find a Firewire 800 card that even worked in Vista 64, but now I find out that it won’t achieve those speeds.

USB 2.0 is so far doing okay as my primary drive connection.  But I feel that I have been misled by Drobo, to be honest.  The quasi-RAID 5/JBOD config is very nice.

More of a review forthcoming…

Universities – why not take on debt..?

Yesterday, I blogged about how the economic crisis affects universities in a weird way.  One of the key differences is that they don’t operate on debt, as far as I know, so the credit freeze hasn’t killed it the way it has companies.  Other than hits on endowments, I’m not aware of problems in general.  “Just” general liquidity issues.  (Then again, universities are all about liquidity, so that is a HUGE problem).

Just recently, Pfizer pulled off a gigantic purchase of its competitor Wyeth, $40 billion or so of which was financed through loans from a number of banks.  This was a huge deal because it indicated that banks will loan, it just depends on the recipient.  They have confidence in Pfizer, so they went for it.

Well, universities have pretty good tax ratings and most have solid and consistent revenue streams from tuition.

So…why not take out a loan to even out the issues for the next couple of years?  Especially for small universities, where the endowment isn’t that big, why not take out $100 million in debt?  Or even $500 million?

I’m sure there are lots of reasons why a school would be reluctant and possibly even not allowed.  But I’m just wondering…

The Economic Crisis & Universities – my take on why it’s different

As with just about any financial entity in the country and possibly the world, Santa Clara University has been dealing with the ramifications of the economic crisis that the entire nation is facing right now.  Frozen credit markets, liquidity concerns, dissolution of various funds which were the basis of our wealth – they are all on our minds whether we work at a university or a for-profit corporation.

However, something struck me while walking into work today.  While there is a liquidity concern here and probably at most universities (all are at least mostly tuition-based, though the percentages vary), the fact is that we don’t utilize debt to fund our operations.  A university uses cash assets in the form of tuition income, then a percentage of the return from the endowment.  Now, if the endowment loses money – as almost all have in the last several months (Harvard’s endowment was nailed for $8 billion as of early December) – a major problem is a-brewing.  But the credit freeze itself, which has massively hit corporations doesn’t, it seem, have much of an impact on schools themselves.  We just don’t rely on debt to finance things.

NB – I’m not sure if we make much use of the commercial paper market, but I didn’t hear anything about it (and we heard a lot about a lot of things) so I’m thinking not.

END_OF_DOCUMENT_TOKEN_TO_BE_REPLACED

The other day, my macro-economics professor stated something similar to the title of this post in class. While government spending and demand creation is not directly linear, an interesting point is made.

When the government actually spends, say, $700 billion on roads, bridges, green energy, etc, it injects that money directly into the actual economy. Construction crews, engineers, architects, etc all get hired back on to build things, researchers are brought back into the fold to work on new energy efficient materials and processing methods, etc. Those people now have salaries and will spend at least some of it on “stuff” which will help create jobs at the companies that make “stuff” and so on and so on. Yes, many of these people with new jobs will also save a lot rather than spend but overall you will get new jobs plus more spending which leads to even more jobs.

However, when you give tax cuts, there doesn’t have nearly the demand-creation yield rate (a term I just coined…) as direct injection of money. This is because if, say, 50% of people in this current economic environment will save rather than spend, and 40% of a $700 billion stimulus plan is actually in the form of tax cuts, then we get:

Messing with an ecosystem is rarely good

In Jared Diamond’s book, Collapse, one of the case studies he examines is the introduction of, I believe, rabbits to Australia.  They were brought in for game hunting, and actually the first attempt failed so people tried again.  However, they soon bred out of control and now the ecosystem there is devestated.

This is kind of the opposite – feral cats were identified as having a deleterious impact on the environment, so they got rid of them, but now some other “immigrant” species is running amok.

I think it says a lot about how sensitive ecosystems are, especially ones that have been largely isolated for so long such as those around New Zealand and even Australia.

How to write an episode of 24

That’s it.  Follow those rules and you will have a basic episode of 24…